Not Guilty Verdict for Murder But Voluntary Manslaughter

Cross-Examination of Witnesses. I had a case several years ago in downtown Los Angeles where my client was charged with murder.  He had been involved in a bar fight with another person, and that other person waited outside for him, and my client stabbed him with a knife.  It was captured on video, and there were witnesses.

So, he couldn't say that he didn't do anything or wasn't there, but he said that the guy threatened him — threatened to kill him — waited outside for him.

Instead of getting the murder conviction under California Penal Code 187, we had offered to the prosecutors before the trial that my client would plead guilty to voluntary manslaughter because I knew they were at least able to get him for that.

He ended up being convicted of that.  They found him not guilty of the murder, which requires malice of forethought and comes with a much more severe punishment than voluntary manslaughter under California Penal Code Section 192(a).

The high term for voluntary manslaughter is 11 years.  If you get hit with a murder conviction, you could get 15 to life, 25 to life, depending on the circumstances of the case, depending on whether the jury finds it's a first- or second-degree murder. Our Los Angeles criminal defense attorneys will cover this topic below.

So, long story short, my client was pleased with that result.  We had agreed to take that deal before the trial, so that's really where you have a situation where the prosecutors, in my opinion, were very unreasonable. 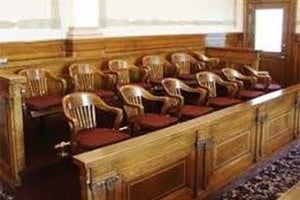 He didn't look at the weaknesses and flaws in their case, and I think a lot had to do with the prosecutor assigned to the case.  He simply couldn't see the problems with his case. Unless the boss is willing to dig into the evidence and look at it – -and usually they're not — they're going to rely on the prosecutor who is in charge of the case to tell them whether or not it's a good or bad case, and they're going to rely on their view of the case.  That's what I believe this particular boss did.

He relied on the prosecutor who was in charge of the case. That prosecutor wasn't savvy enough or simply didn't want to get the case taken away from him and resolved, and decided not to be truthful with the boss, so they ended up with the same result that we were willing to take.

My client is huge because if he had been convicted of the murder, he probably would have never gotten out of prison again.

So, long story short, you have to be ready to fight these cases, especially if the client is not guilty of the murder charge.  Sometimes you have no choice but to go to trial even if you don't want to go to trial. If you have a client saying they're innocent, and in this case, I believe the client was innocent because the alleged victim had waited outside for him and threatened him.

He shouldn't have used a knife because the victim didn't have a knife and only had their bare hands. Didn't have a gun.  So, that's really where his error was.  But the bottom line is, when we fight these cases, we're fighting with all the marbles on the line with somebody looking at spending the rest of their life in prison.

So, if you or a loved one is in that position and you need a good attorney who has been down that road, you've come to the right place.  There's a real short list of attorneys who have the experience, know-how, and skill and are not afraid to take a case to trial and do everything they can to win. Hedding Law Firm is located in Los Angeles County, and we offer a free case consultation by phone or fill out our contact form.