Consensual Sex Argument in Court. Several years ago, I had a big California Penal Code 261 PC date rape case, and my client was charged with doing something severe he was looking at both prison time, registering as a sex offender, and a host of other repercussions.  He was a student-athlete, and obviously, he would lose his standing in college and lose his reputation in the community.

The case ended up proceeding to jury trial and the one thing that saved the day for my client was number one: the alleged victim's credibility was not good. Our Los Angeles criminal defense attorneys will explain further below.

She had made some inconsistent statements during the investigation. Then, she made conflicting views on the witness stand in front of the jury during the trial, and I pointed that out.  But it was just a crazy scenario.

They had met on the road, and they decided to get together.  They started drinking.  They went over to her house.  He ended up spending the night, and they ended up having sex. The following day, I don't think she was happy with the way he left and how he handled himself following their encounter, so she decided that it was a rape case, but the reality was that it was not.  He hadn't done anything wrong.  The sex was consensual. 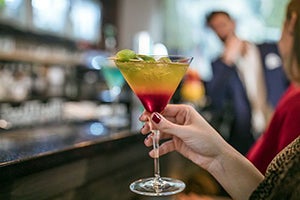 They were both probably intoxicated, but that doesn't necessarily mean it's rape.  If he consented and she consented, the surrounding circumstances make it clear to an average person that he didn't do anything wrong.

It wasn't aggressive, wasn't violent, didn't hurt her in any way. It's a matter of sour grapes after the fact and being mad with how he handled the whole situation versus looking at precisely what happened and looking at her actions in having him come over, drinking with him, and allowing him to spend the night.

Again, certainly not a justification for anybody to rape another person, and fortunately, the jury was able to find him not guilty pretty quickly.  Within two hours after they deliberated, the jury returned not guilty.

Lack of Evidence and Witness Credibility

It was the right decision based on the lack of evidence and the alleged victim's lack of credibility. There was one point where she admitted under penalty of perjury on the witness stand in front of the jury that she had given the police some information about an essential topic in the case. She pretty much just guessed.

She did this even though she knew how damaging it would be to my client, his reputation, freedom, and everything surrounding a rape case.  So, I think the jury was angry and put-off by that, that she would make something up to fill in the blank in such a serious charge like a rape case under California Penal Code 261.

So, if you or a loved one is charged with any sex crime and you need a defense attorney that has handled these types of cases and had success, you've come to the right place.

We'll have you come into the office, sit down and go over all the details. One of the first things we'll have to decide and evaluate is whether or not we're going to fight the case or whether or not it's a case that's going to need to be resolved by way of a plea negotiation. Once we decide, all of the chips fall in place, and we can design a game plan to get the best possible result.