Not Guilty Verdict for Domestic Violence

Domestic Battery Charges Penal Code 243(e)(1). I tried a case where my client was accused of domestic violence against his wife.  She had called the police.  They came out, and whatever they saw and heard, they looked for my client and arrested him.  He wasn't home at the time. He had gone out with his son, and when he came back, the police were there waiting for him. A real scary situation and he had told me that he did not do anything wrong.  He did not hit his wife in any way.

They were arguing about something, and he yelled at her, but he didn't hit her, and it was just one of those circumstances where she was angry, said a lot of stuff, had some reason to get him in trouble and ended up getting him arrested.  He had to post a $50,000 bond after being charged with domestic battery defined under California Penal Code 243(e)(1).

In fast-forwarding ahead, we ended up going to trial. I got the not guilty verdict.  I was happy for him, and when the jurors left the courtroom, they were very congratulatory towards him and me. I thought to myself, well, I'm glad we got that resolved, but you also start to think, if the guy is not guilty, then why do we even have to go through a trial in the first place.  But that's what criminal defense is all about.

That's where you have a situation where somebody is charged with domestic violence, and they said that they're innocent, then they're entitled to defend the case. There are a lot of times, which is very frustrating to me, where you have jurors come into a jury trial situation and think that just because the person is charged, they must be guilty.

Of course, that's not true, and they wouldn't like that if they or one of their loved ones was charged with a crime, saying they were innocent and they had jurors on the panel that we're saying, well, the guy must be guilty or he wouldn't be charged with a crime. Our Los Angeles criminal defense lawyers will review this topic in more detail below.

Close Evaluation of All the Evidence

That's how I approach things with a jury.  I want them to look at the case.  Evaluate it and don't just assume somebody is guilty just because the prosecutor is charging because obviously, that's not the case.  That's not true, and it's not fair.

In this case, the wife left some trial to show that she wasn't telling the truth.  It took some time, investigation, and the right questions to bring that out.  When they arrived, she had told the police that her husband had punched her in the face. 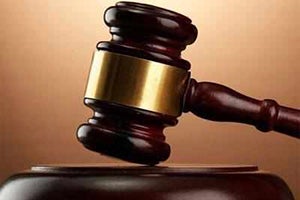 There wasn't a mark on her face when you looked at it.  There were a couple of scratches on her arms, but nothing was on her face.  I said to her that if you were punched in the face by your husband, who is a big guy — 225 pounds — you would have some injury.

She didn't have a good answer for that question or argument.  It was frustrating to see a client charged with such a severe crime and leave that glaring issue unanswered.

I think the jury had a problem with that, in that they saw the same issue that I saw, which is that it's not fair to allege a crime against somebody if you don't have the evidence and if a witness lies about something as crucial as the injuries that are the same crime themselves.

In other words, punching somebody in the face is a crime.  If you're lying about that, what else are you lying about?  Should anybody be convicted of a serious crime that will mark their record if the prosecutors genuinely do not have the evidence to prove the case?

That was the main argument that we had.  There were several other inconsistencies and issues with the case.  The son was there in the house when the father had supposedly punched the mother, but he hadn't seen or heard anything.

He went for a walk with the father while the mother called the police.  Why would a son do that?  It doesn't make any sense.  But of course, if you're in a situation where somebody is not telling the truth, then obviously, you want to make sure that the jury hears that and hears about the inconsistencies.

They're going to start to scratch their head and say, wait a minute, maybe something is not right here.  Perhaps we're not getting the right story from this woman.  I think this jury determined that this person is not telling the truth, and we're not going to find a guy guilty of a crime unless it's been proven against him.

So, he was found not guilty of domestic violence.  He walked out of there.  He was able to get his gun rights back, and obviously, he was able to lead his life successfully, and that's the way we want it when somebody says they're innocent and goes to trial. Hedding Law Firm is a top-ranked criminal defense lawyer in Los Angeles, and we offer a free case consultation by phone or use our contact form.