This issue of the percentage of time served in jail for a criminal case in Los Angeles County is a big question that my clients ask me. Nobody wants to go to jail because it's a nasty place and the conditions inside the county jail are horrible. It's not supposed to be comfortable, it's always overcrowded, and there are a lot of violent inmates there, so it becomes a dangerous location as well.

There are four main county jail facilities in Los Angeles County, California, including:

When we talk about this concept of percentage of the time, we're talking about how much actual time somebody will do on a criminal sentence in Los Angeles after being convicted of a California crime. This is a moving target, meaning they keep changing it all the time. Right now, having done this for nearly 30 years, this is the best I've ever seen for a criminal defendant who has to serve either county jail time or prison time. 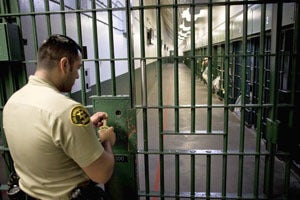 They're saying for most crimes in prison, an individual is only serving a third of the time, and there are a lot of programs that can allow people to get out early if they avail themselves of the program. Our Los Angeles criminal defense lawyers will review more closely below.

Things get a little more complex when somebody is pleading for a strike, and a violent felony, such as Penal Code 664/187 PC attempted murder or Penal Code 207 PC kidnapping.

Typically, that's going to be 85% of the time, but it seems to be that an individual is serving 80% of the time, and then I've heard other clients of mine and through other sources — attorneys, judges, prosecutors — that they're only serving 66% of the time.

So, that's how it is now, in 2021.  I've got to think that this will remain this way until this pandemic is under control. This is because they're having a huge problem moving people between county jail and prison, causing the virus to be transferred and causing havoc in the local jails and the prison.

The bottom line is; nobody wants to go to jail.  Nobody wants to go to prison.  But if you are going to jail or prison, it's nice to know what type of time you might serve. Interestingly enough, judges still tell people on a felony strike — a violent felony — they will do 85% of the time.

They don't get into these other percentages — 33%, 83%, 66% of the time — and I think they don't because they're concerned they're going to tell somebody this information. Then the prisons are going to change the amount of time somehow, and that person will make the argument that they were told a certain amount of time, and now their release date is far off into the future.

That's another thing.  Many of these release dates show a specific time that a person is getting out, and they end up getting out earlier. So, it is hard to put your finger on how much time a person might do, or they get sent to county jail.

That's another issue — what percentage of time people are doing in county jail. Typically, you're not going to do more than 50% of the time. Still, many people on these sentences in just an ordinary felony that's not a strike are serving a significantly smaller percentage of time — sometimes 25%; I've seen people get out in 10% or less.

So, I think there's flux in county jail depending on how crowded it is, what's going on with the virus, and a host of other internal factors. 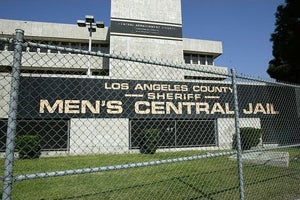 The bottom line is that your criminal defense attorney is in the best position to guide you in making any decisions. Most people are concerned about the amount of time they're going to do because they have jobs and family obligations that they have to deal with.

Even if you might get out in a few days, you can't take the risk that somehow the sheriffs keep me in there longer because I'll lose my job. So, as a criminal defense lawyer, I understand that, and I can generally negotiate with prosecutors on your case. It may be possible to work out a deal where you do some Caltrans to resolve this case in some situations.

A domestic violence case is an excellent example, as having this type of conviction on your record can be life-altering.

Contact the Hedding Law Firm for Help with Your Case

Your criminal lawyer must possess the experience and skill to negotiate with prosecutors and judges when it comes to these percentages, type of crimes, kind of Penal Code Section, Vehicle Code Sections and other sections of the law, and working out a resolution that gets you out of custody as fast as possible.

So, if you or a loved one is charged with a crime and are facing jail or prison time, get the best attorney you can.  I've been doing this for 27 years. I worked for the District Attorney's office early in my career and then for a Superior Court Judge, and then in 1994, I became a criminal defense attorney, and that's all I've done ever since.

I feel confident that I can help you.  Pick up the phone.  Make the call.  Ask for a meeting with Ron Hedding.  I will do everything I can to help you. Hedding Law Firm is based in Los Angeles County and offers a free case evaluation by phone or our contact form.