Use of a Perkins Informant to Get a Defendant’s Statements

Can the police use a Perkins informant to get a statement from a defendant in a criminal case?  California law enforcement detectives often utilize informants to try and build a case against somebody they believe committed a crime.

The use of informants in criminal cases is pretty standard. Still, it's a legal "gray area" because it can be so challenging to verify the reliability of an informant's testimony, who are people that give confidential information about suspected criminal activity to law enforcement. They are often called “snitches.” 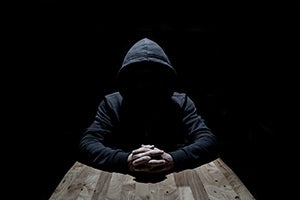 In some high-publicity cases, informants play a complex role in the criminal court process. Different types of informants, such as citizen informants, police informants, and Perkins informants, are planted inside a jail cell to gather information from a target defendant.

Other informants come from a jail inmate after they overhear another inmate talking about their crime.

People get arrested all of the time, and the police want to hear what they have to say about the crime because many times if the person talks, they will give the police the necessary information not only to get them but also to get any co-defendants that might be involved in the criminal case.

This is where this Perkins agent idea came from – where the police are using either inmates or police officers posing as inmates.  They put that person in the cell with the target they want to get the information from.

They have the person start a conversation with them.  They ask them why they're in there, and they get them to confess their crime – talk about the details of the crime – talk about who else might have been involved with it. Our California criminal defense attorneys will examine this topic in more detail below.

What Is an Informant?

An informant provides information to police regarding possible criminal activity. They can be an eyewitness or rely on hearsay. Sometimes, they are also involved in illegal activity with the target person.

It's a sneaky way to get around having to read the person their Miranda rights, then asking them questions, then only to have the person ask for a lawyer, and then the police get nothing.

So, the Supreme Court, in Perkins v. Illinois, allowed the tactic of using a police agent to get the information.  In the Perkins case, they knew that someone had murdered because another inmate had told them, but they didn't have all of the details and facts of the case. 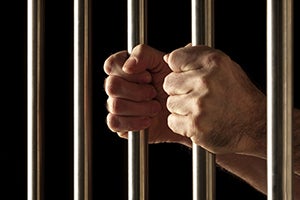 To get the details and facts while the person was serving a sentence for another crime, the police sent in two agents posing as fellow criminals.

They started talking about an escape and that they could smuggle a gun into the jail, and then one of them said, well, you could end up having to shoot and kill somebody and then get charged for murder. The other one looked at the guy who ultimately confessed everything and said, have you ever committed murder or shot anybody with a gun?

And, of course, the guy gives all of the information.  They use that to convict him.  The defense argues that that violated his Miranda rights because they're doing the same thing they're not allowed to do with the police by using a police agent.

The Supreme Court ultimately ruled that that was not the same as the police because the person is more relaxed because they think they're talking to a fellow inmate versus the coercive nature and police-dominated environment when they start asking you questions in a police interview.

But of course, the prosecutors and police have spiraled that years-ago ruling, and now they're doing all types of tricky things where the police and the agent work together.

The police will come in there and say a bunch of incriminating things to the defendant, and then they'll leave the room, and then the agent starts asking him about that, and courts have even held that Perkins's operation is good.

What Are Some Other Types of Informants?

In addition to a Perkins informant, there are other types, such as the following:

How Can a Criminal Defense Professional Help You?

The bottom line is if you or a loved one is charged with a serious crime – usually Penal Code 187 PC murder or Penal Code 211 PC robbery or a crime where you face many years in prison.

The police will use a Perkins agent to get a statement. You're going to want to get the best possible criminal defense attorney to try not only to keep the statement out, if possible but also to defend you because many of those cases end up going to trial, especially if you're charged with murder.

Many times, you're not going to end up taking a deal because the prosecutors either don't offer an exchange, or they're offering such a high sentence that the person ends up going to trial, or the person is innocent – they didn't do anything wrong.

So, long story short – if you need the best, you've come to the right place. I've been practicing for 30 years; I've worked for the District Attorney's office; I've worked for a Superior Court Judge, and In 1994, I became a criminal defense attorney defending people like you.

Pick up the phone now and ask for a meeting with Ron Hedding.  I stand at the ready to help you. The Los Angeles-based Hedding Law Firm offers a free case consultation by phone or the contact form.