A robbery offense in the Van Nuys Courthouse is taken very seriously. One thing is that a robbery, under California Penal Code 211 PC, is considered a violent felony; therefore, it's a strike according to the three strikes law in California, and any sentence that anybody gets, they're going to have to serve 85%. Also, when it comes to robbery offenses, the District Attorney's office and the judges start with the premise that people who commit robberies will go to prison.

So, to get them to go against that premise, you're going to have to bring to bear some good evidence and get your client's version across because a lot of times in these robbery cases, along with other theft crimes cases, there's a one-sided investigation done by the police. So, it's up to the criminal defense attorney to get the other side of the equation across. 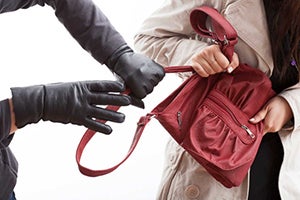 Another significant factor in how a robbery case will be dealt with and whether or not the prosecutors and judge will seek prison is whether or not any weapon was used. Sometimes it's a strong-arm robbery – there's no weapon used, nobody gets hurt, and the property is recovered. This puts you in an excellent position to get a probationary sentence.

Of course, you'll want to have no criminal record. Otherwise, this makes it more difficult. You don't want a strike on your record for one of these robbery offenses. I have you come in, and we draw on my twenty-five years of experience and my local connections with the judges and prosecutors in the Van Nuys court.

We must work together to get all the mitigating factors across to the judge and the prosecutor because if we don't, we're going to be in a position where you're not going to end up with the best possible result. You're going to end up with the result that puts you in prison, gives you a strike for the rest of your life, and has a severe impact on your life. We don't want these things when it comes to a robbery offense in the Van Nuys court system. Our Los Angeles criminal defense attorneys will review this topic in more detail below.

Probation for A Robbery Offense

There are several factors. One significant factor is if you have a criminal record. The three-strike law and robbery offenses and how they're punished will be focused on your criminal record. Are you a career offender? Are you somebody from who the public needs to be protected?

Also another significant factor is whether you use a weapon. People who are using guns to commit robberies – not only are they not going to get probation, but they're going to be looking at a minimum of twelve years at 85% in prison and a strike for the rest of their life and all the other implications that come with a robbery offense – like not being able to own, use or possess a weapon in California for the rest of your life, and a whole host of other things that can happen to you.

So, to get probation, you will need a clean record. A weapon cannot be used in this case. Otherwise, you have an uphill battle in getting a probationary sentence and the impact on people.

Suppose somebody isn't impacted that bad, and it's kind of a tortured and forced robbery where it really shouldn't be charged with theft. In that case, we can often get you a grand theft person, Penal Code § 487c, which is not a strike, can be reduced to a misdemeanor and dismissed after a successful probationary period. So, we try to do these when it comes to a robbery case.

Sometimes there's what's called an Estes robbery. During the escape of just a regular theft case, somebody is resorting to violence to get away with their flight – threatening somebody, pushing them out, or fighting with somebody. At least from my criminal defense standpoint, this is what we call a tortured robbery, where it wasn't meant to be a robbery. You didn't have a weapon. You went in there to steal something, and things went awry.

So, if that's the circumstance we're talking about, we need to pull out all the stops to avoid a robbery conviction in the Van Nuys court and get a lesser offense. If you're not guilty of the robbery, we take the case to a jury trial, and we have a jury find you not guilty, or I convince the prosecutors that they didn't look at all the evidence.

They need to look at the evidence you can present to show that you're not guilty of the robbery and get them to dismiss the case. So, that depends on the facts and circumstances of your case and what we're looking at as far as what you did and the danger level to the public. These are the things that the prosecutors and the judge will consider.

So, if you have a robbery case, I encourage you to come and sit down in the privacy of my office. We'll go over your case, and you'll leave the office with a feel for what you can do to help me with the robbery case. The consequences of a robbery conviction can be severe.

I'm going to do moving forward with a game plan to get you the best result – either getting your case dismissed, calling it reduced to a lesser offense or if it's a case where it's severe enough – trying to keep you out of prison and setting things up for the future so that you can be successful, get yourself on the right path and get yourself out of the criminal justice system as fast as possible. Contact the Hedding Law Firm for help.