They share jurisdiction with Topanga Police Station and the Lost Hills Sheriff Station, which borders Valley Circle. So, suppose a crime occurs in the middle of the San Fernando Valley. In that case, there's a good chance that the West Valley Police Station and its officers will have authority and jurisdiction over that crime, and they will send out units to respond to the crime and deal with the crime. Our Los Angeles criminal defense lawyers will explain further below. 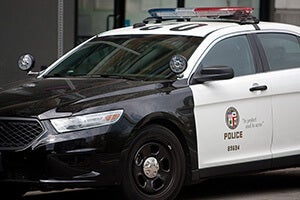 What they do is investigate crimes. Sometimes it's easy for them – they have witnesses that a crime is committed or even see the corruption and arrest the person. Then they either give them a citation to appear in court, or they set bail, and then the person has to post the bail, or they'll be in court within about seventy-two hours, depending on when they're arrested. Sometimes when you get charged near a holiday, that will take longer to get you into court. After they stop somebody, that person is going to appear in court.

The next responsibility is to generate a police report. Hence, the prosecutors have something to look at and evaluate when deciding whether or not to file a case against somebody. So, just because West Valley police officers arrest somebody doesn't necessarily mean the prosecutors will file a criminal lawsuit against them.

Often, the prosecutors will look at the case and say, you didn't do enough investigation on this case. We're not going to file it at this time. We're going to reject it, and we're asking you to go out and do further investigation and come back to us and give us that information, and we will re-evaluate.

But, most of the time, if the police have done their job and there's evidence of a crime, the police give it to the prosecutors, the prosecutors review it, and then they'll file whatever charges they deem appropriate.

That's another thing that happens. Often, the West Valley Police will book somebody for a particular crime, the prosecutors get it, and they decide not to charge that crime or those crimes — we're going to prosecute different crimes because you don't have it right.

We don't want to be this harsh, or we want to be more brutal. So, when you get to the arraignment, even though the West Valley Police Station has set bail, the bail can go up or down depending on the circumstances of the case depending on what crimes the prosecutors file.

So, the West Valley Police Station has a significant responsibility. When officers try to get information from a criminal defendant, they often invite them into the West Valley Police Station and talk to them. In my experience, this is never a good idea because they're trying to get you to make a statement that incriminates you, and then they'll arrest you right there.

You make it easy for them because you're right at the police station. So, it's never a good idea if you're under investigation for a crime — in my opinion — to talk to the police unless you've spoken to your lawyer and you and your lawyer decide it's the best avenue for you under the circumstances of your case.

When investigating a crime, the problem with talking to the West Valley police officers is that they're not your friend. They're in the business of trying to ferret out crimes. They're trying to get you to say something to incriminate yourself.

I've often seen things taken out of context, words twisted, various things going on, and obviously, it's not fair. That's why I just don't even talk to the West Valley police in the first place. Let your attorney do the talking for you. So, if you've been arrested by the West Valley Police Station and have a case pending probably in Van Nuys court — that's the jurisdiction they control — you obviously should have your attorney deal with the case and deal with the police. Call the Hedding Law Firm for help.

Get to an attorney if you're getting a citation or letter or communication from a West Valley police officer regarding a criminal case. Let them handle it. Make the right moves now so that you're not sorry later because usually, the best evidence that I've seen in criminal cases against criminal defendants is their statement.