What Happens At A San Fernando Court Arraignment?

When it comes to arraignments, you must know what's going on because this is your first appearance in court. A lot of people are nervous. They've never been through an arraignment before. Whether you're a family member or the person who has to appear in the arraignment court in San Fernando, it's kind of necessary from the beginning that you know the ropes for multiple reasons.

In San Fernando, there are two arraignment courts. They are both on the first floor of the court. You go through the metal detector and proceed straight. The first door on the left is Department S. In that department; they do all the felony arraignments.

So, if you have a felony case in the San Fernando Court, you're going to start in Department S. If you're in custody or your loved one is in custody, the Bailiff there should know when they're going to bring them into court. 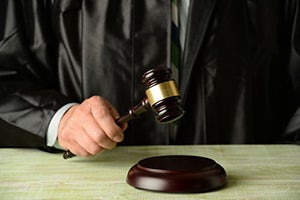 If you proceed down the hallway, right before you get to the cafeteria on the left-hand side, there is Department M. They handle all of the misdemeanor cases in San Fernando, the arraignment. Even people in custody for misdemeanor cases are brought through Department M for their first court appearance.

At the arraignment, a criminal attorney has several choices. We can continue the arraignment if we think that's in your best interest. Sometimes I do that in both courts if I want an opportunity to try to negotiate with the prosecutors in that arraignment court before I move it into one of the other courts.

The courts do have a policy and are no different than they want to move their cases along as quick as possible, so they might get angry if you continue to try to continue the arraignment over and over again and tell you your client needs to enter a not guilty or a guilty plea and move this case out of this particular courtroom. Our Los Angeles criminal defense lawyers will explain further below.

Obtaining Discovery for the Prosecutor

Department M, on the other hand, the misdemeanor arraignments, sometimes those cases are resolved at the first arraignment, so those prosecutors are going to be more prepared to discuss the case and see if it's something that can be resolved.

Another thing that's done at the arraignment is the bail is set. There is a bail schedule that all the judges use, and in general, they're going to put the bail at the bail schedule – meaning they're going to set the bail at whatever bail the judges came up with when they decided to bail for each case. There are exceptions to this rule, and, as a defense attorney, you should try to get an OR report which is a report that assesses whether the person can be released on their own recognizance.

Another issue that comes up is that sometimes you get a case and need some information. Maybe there's a video missing; maybe some photos are missing, or maybe there's some other evidence that you can see should be in there as a defense attorney, and you're going to need to get that evidence.

That's one area where you're probably going to want to get the case out of the arraignment court because the prosecutors in that court are not prepared to start trying to look for stuff and do any work on the cases.

The judge there is not equipped to hear motions, and the prosecutors are not looking to listen to motions either. They're more interested in resolving the case or moving it out of the arraignment court in the San Fernando courthouse. Contact the Hedding Law Firm for help.