What is a Specific Intent Crime?

So, for example, if you took the Reginald Denny case of years ago when there were the LA riots and a truck driver was pulled out of the car and beaten by multiple people, those people were captured because they were caught on camera. They were arrested and charged with the attempted murder of that truck driver.

Now, they may have been able to be charged with assault likely to produce significant bodily injury or a host of other charges, but not attempted murder is a specific intent crime. The reason attempted murder is a particular crime of intent is that if you get convicted of attempted premeditated murder, you're looking at fifteen to live in prison, so obviously, they're going to want to make sure that you were trying to kill the person before they hit you with such a severe sentence.

Most of the crimes in criminal defense are general intent crimes, meaning if you do certain things where you had a specific intent for a certain result, it doesn't matter.  You're going to be held responsible.

It doesn't matter whether or not your mind was clouded in some way or you didn't have some sort of general intent.  You're going to be held responsible for the crime.  So, that specific intent is very important because usually, most specific intent crimes carry severe punishment. Our Los Angeles criminal defense attorneys will review further below. 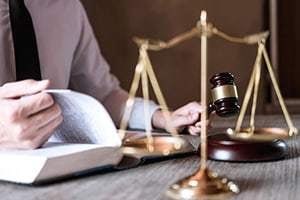 Another defense, believe it or not, is intoxication.  So, let's say you get really drunk and shoot somebody or shoot at somebody, and you're charged with attempted murder.

There are cases where people are being charged with specific intent crimes in Los Angeles County, the San Fernando Valley, and the prosecutors cannot prove the case because they can't show that particular intent.

Reviewing Your Case With a Criminal Lawyer

So, if you've got a crime where you're being charged, and you know that the police have to prove specific intent in relation to that crime, sit down with somebody like me who's been doing it twenty-five years.

Let's flush out all of the facts and figure out whether they could prove what they need to confirm — whether every element can be met, because this is one of the critical areas in criminal defense, where if they cannot prove the specific intent element of the crime, they can't prove the crime, you will be found not guilty or they must dismiss that crime or put in a lesser included offense because the specific intent cannot be met. So, pick up the phone now.  Make the call, and we'll get your case taken care of.