Best Defenses for Violent Felonies at the CCB Court

These violent felonies that people are being charged with are severe because typically, a violent felony will be charged as a strike, and the person will be facing prison time and being served at 85% instead of the normal 50% for most criminal charges.

So, if you or a loved one is charged with a violent felony at CCB, the downtown courthouse, 210 West Temple, also known as the Clara Shortridge Foltz Criminal Justice Center, pick up the phone now and ask for a meeting with Ron Hedding. 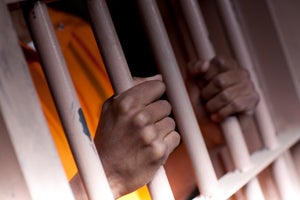 I've been handling these types of cases now for the past 30 years.  I started working for the district attorney's office in east Los Angeles, then a superior court judge. Finally, in 1994, I began defending people charged with violent felonies in the CCB courthouse.

One of the first things we must do to defend correctly is to figure out precisely what the strategy will be.  In other words, are we going to fight the case, do the preliminary hearing, do a jury trial and try to get a not-guilty verdict, or is there evidence that shows you are guilty of the crime?

We may need to do some mitigation package where we get character letters where we show the prosecutors some of the weaknesses in their case and the good things about you because usually, the police do a one-sided investigation trying to convict you and prosecute you.

So, we need to show them the other side of the coin – show them the good things about you and maybe show them weaknesses in their case. Let's review this topic in more detail below.

There are certain felony crimes considered a “strike” for the purposes of the California three-strikes law.

These crimes can be either serious or violent and are listed under Penal Code 1192.7 PC, which lays out the crimes that are automatically charged as a strike, which will result in longer prison sentences for any subsequent felony convictions.

The most severe crimes listed in PC 1192.7 requires you to serve a higher percentage of your sentence. If convicted of a strike case, you will usually be required to serve up to 85% of your time in prison rather than 50%.

Penal Code 667.5 provides a list of violent crimes that count as strikes under the three-strikes law, including the following:

Sometimes I'll even do a preliminary hearing in one of these violent felonies to damage their case because then, when we negotiate it up in the trial court, I can point to the testimony under penalty of perjury to show that they've got a problem with their case. 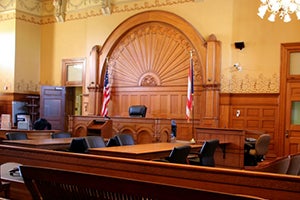 It's not exactly what they thought.  A whole host of things can be done under the right circumstances.

That's why it's so crucial to get an attorney with the 30 years of experience I have to swing the pendulum in your direction when defending a violent felony in the CCB courthouse.

Pick up the phone.  Ask for a meeting with Ron Hedding, and I will do everything I can to help you.

Some of the things the prosecutors and judges are looking at in violent felony cases are, first and foremost, your criminal record.

Have you ever committed any acts of violence in the past?  If you haven't, you're certainly in a much better position to argue that this is an aberration.

It's not going to happen again, and maybe you be given the benefit of the doubt and a chance to be put on probation and be successful so you can get this criminal record mitigated and still have a future and enjoy your life. They're also going to look at the crime itself:

These are all things that prosecutors and judges will undoubtedly look at when deciding exactly what the right approach is in dealing with you in your specific criminal case.

That's why it's so important to get an attorney that has the experience and has handled thousands of cases in the CCB courthouse.  The Hedding Law Firm is well known there or known by prosecutors and judges.  We know how to handle these violent felonies and get you the best possible result. Pick up the phone now.  We stand at the ready to help you.