Drug Cases In Los Angeles: Detectives in the Narcotics Unit

I've handled many cases involving the detectives in Los Angeles and the San Fernando Valley who are concerned with narcotics arrests. There's a particular unit that takes narcotics and makes many arrests. These guys are arresting people and then trying to get those people to give them information about other drug activities. 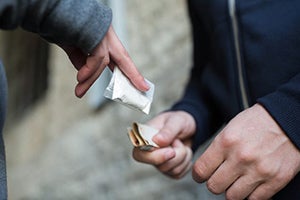 Now they go and sit on that house. They do surveillance. They gather whatever information they can. They get a search warrant and go in and search the place to try to find something. Then they do it all over again – threatening people to get them to give them information.

In my experience, having dealt with California narcotic cases for twenty-five years – seeing how these detectives handle instances – they're pretty sloppy. They're lazy, and a lot of times, they'll arrest somebody. They'll charge them with sales or possession for sales, and then you go to court, and they don't even file the case either because they're lazy; they want that person to cooperate.

The detectives go to the prosecutors, and the prosecutors look at the drug case and say, no, we're not going to file this case. You guys didn't do a good job. You didn't check out specific leads. So, they make them go and check out separate tips before they file the case. Our Los Angeles criminal defense lawyers will explain this subject in more detail below.

Often, you'll go to court, and the case will be continued for a couple of weeks so they can do their follow-up investigation – one would ask why they don't just do the research in the first place and take care of business? But again, they're lazy. They would probably say they're overworked, but they're not. It's not that difficult, especially when somebody bails out and you have a month to get the case together, and you still can't do it.

So, that's a little frustrating because people post bail, making them come back again. If they come back again and the case is not filed, then they have them exonerate the bail in the court. That's great, but the problem is that they come and re-arrest you and make you post another bail when they file the case two, three, or four months later.

I remember catching one in court making a lie about where they saw my client involved in an alleged drug transaction, and the partner sitting in the car next to him had him in a completely different location. So, it was one of the two of them who was lying. They don't do things the right way. That's the problem. They're not professional. They don't' handle cases in the right way.

So, if you've got a drug crime case of possession for sales or sales case – contact an attorney who's done this before. I have you come in. You tell me what happened, so we have our game plan together, and then I'll have to see how these guys write the police report up and see what we can do to catch them in their lies. Now, more and more, we're able to catch them because there's video, bodycam video, and cars equipped with video. Even private citizens have videos.

So, with video combined with common sense and excellent investigation, we can often challenge some of these illegal stops, illegal searches, and illegal arrests. The bottom line is you have to come in. We have to sit down and go over things. Be honest with me. Give me the straight dirt about what's going on, and then I can figure out how to best help you if you're being prosecuted by the activities of the detectives in the narcotics unit.