When it comes to criminal defense in Los Angeles, these terms are thrown around. An expungement has to do with once a person's probation is over or at least a year has gone by, and you can get the probation terminated early. The person hasn't gone to prison, and it's a crime that can be sealed; the person can file a motion and pay a fee for an expungement. It's typically best to have an attorney do it to do it the right way and have the best chance at success.

There is no such thing as a true expungement in California, where the record is wholly wiped out. If an expungement is granted, it's a dismissal. So, when someone searches you, they'll see that you had a case, and it was dismissed whenever the expungement was granted.

So, even though this can be done — and probably should be done related to a conviction — it doesn't give the best form of relief. But in California, this is usually the best remedy if you have a sentence to get that dismissal under Penal Code 1203.4 PC.

So, a dismissal is very close to an expungement in the sense that typically, when somebody looks you up, they're going to see that your case was dismissed versus seeing nothing – which is, of course, what you want. So, that gets us to the seal and destroy.

Sealing and Destroying Records in California

Sealing and destroying a record will get rid of it. Unfortunately, there are minimal circumstances in criminal defense where you're going to be able to lock and beat a record. This term is usually used in juvenile defense because in a juvenile case, somebody can admit a petition, be found guilty, serve their sentence and then file a motion to seal and destroy their record. 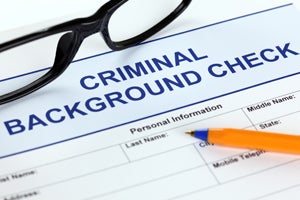 Once it's sealed and destroyed, it's beautiful because no one from the public can see it, and typically law enforcement can't even see it when they do a record check. So, the key for seal and destroy is if you get it, the Department of Justice can't find it either. People are checking for jobs through the Department of Justice's computer, so if they can't find it, it's basically as though it didn't exist.

Another area where I see the concept of a record being sealed and destroyed is when it comes to an arrest record. For the last twenty-five years that I've practiced criminal defense in San Fernando Valley, it used to be that you could not get an arrest record sealed and destroyed unless you could prove that the client was factually innocent of the crime they were arrested for, which was a very difficult, if not almost impossible standard.

You almost had just to be accidentally arrested, and then they say, we got the wrong guy. But if they did that, why would they put your fingerprints in there even to have to seal and destroy it.

The new law has come out that if you get arrested and the prosecutors don't file a charge against you, you can file a motion to seal and destroy your arrest record. With this new law, you have a much higher probability of getting it granted.

So, if you have a criminal conviction and try to figure out what to do with it, you want to get the best result. You have to sit down with an attorney because there are other things that you can do. You can file a motion to reduce some cases from a felony to a misdemeanor. Some Propositions have passed that permit you to do certain things.

Some good things are happening in California because the Governor has signed many new laws, and several Propositions have passed. So, figuring out whether you're going to do an expungement, you're going to try to seal and destroy the record, or you're going to look for an outright dismissal is something you need to do in coordination with a seasoned criminal defense attorney that has all the facts and circumstances related to your case.