How Do You Get No Jail Time?

This is a question that I've talked about and fought for over the past twenty-five years of defending cases in the Van Nuys courthouse. Van Nuys controls most of the San Fernando Valley as far as a jurisdiction for criminal cases that are arrested and filed in the Valley.  As far as trying to get no jail time, you must realize that the prosecutors usually give jail time or prison time to people they believe will not learn their lesson. They feel that the only deterrent or only punishment for them is either jail time or prison time. 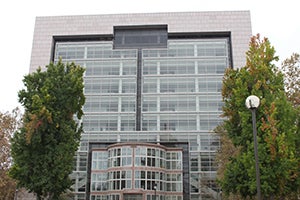 So, you have to do as a defense attorney and a defendant to help the defense attorney get the client out of the category of people who deserve jail time.  You do that to humanize the client – show that they've got a job, they have a family – they have a lot to lose.  Whatever their conduct was was an aberration.  It's not going to happen again.  If you can do that, you're on your way to getting no jail time on a case.

If that still doesn't work, another thing that I try to do is to come up with a punishment — if that's what we're talking about — that is no jail time but still is good enough so that the prosecutor and judge feel like it punishes the defendant and gives them a deterrent. An example is that sometimes we get a joint suspension, or if somebody doesn't want to go to the county jail, we suspend prison time over their head.

They get no jail time, but if they violate in the future and do something wrong, they have that prison time hanging over their head, and they're going to get that imposed against them.  So, this is one way to avoid somebody going into custody. Our Los Angeles criminal defense lawyers will examine this topic further below.

Another way is to develop a punishment that is equal to or worse than jail time.  For example, somebody is so terrified of jail they don't even want to do one day because the prosecutors can offer you ten days in prison on a case in the Van Nuys court.  That means the LA sheriffs are going to house you in jail.  As I write this article, you probably will not do a day in ten days.  You'll go in; they'll see you only got ten days, and they'll let you go.  It'll just be booked and released.

So, knowing that, if you were to tell the prosecutor, instead of giving him ten days in jail — which you see the person's only going to do a day or less — why don't you give him ten days of Caltrans toiling on the Freeway, and they'll have to do all ten of those days.

Those are ten-hour days.  They have to get up early.  It's hard work.  It's dangerous.  There's an example where the prosecutor says, yeah, he's right.  I might as well make him do Caltrans, and if they don't do the Caltrans, they'll get the jail time anyway.  So, that's another example of how you can avoid jail time in a Van Nuys criminal case.

There are a whole bunch of different examples and angles.  Often, it just involves telling the client's story.  What I see in these cases that are prosecuted in the Van Nuys courthouse is that a lot of times, the police have pencil-whipped the person to death, meaning they've written a report that's all one-sided.  They didn't talk to any witnesses that might help the defendant in the criminal case.  They don't do anything.  Sometimes they didn't even speak to the defendant about what happened.

So, if you, as a defense attorney, can tell the client's story, you can often turn the tide as far as jail time goes and get them another chance.  It all goes on a case-by-case basis.  If you have a case and don't want to go to jail, give me a call.