How Fast Do I Get Into Court After Arrested In San Fernando Valley?

This is a good question because there's not a perfect exact answer. Typically, what you should do if you're a family member or even the person who is in custody and you're trying to figure out when you're going to get into court, you have to get an attorney and give them all the information – where you're being held, what the charges are, what the bail is when you were arrested – because all these things factor in.

Typically, in San Fernando Valley, when you're arrested, you will be in court within seventy-two hours if you don't bail out. However, if you get charged on a holiday or a long weekend, that time can be extended. 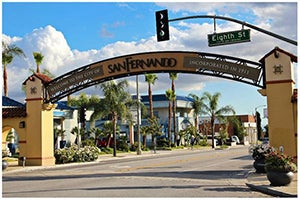 I've seen it take as much as five days because somebody was arrested near a holiday. So, they have to get you in court, obviously, within a reasonable amount of time. In San Fernando or Van Nuys, CA, the judiciary and the legislature have determined within seventy-two hours. That's pretty much the hard and fast rule when somebody gets arrested in LA, and they're trying to figure out when they will go into court.

But a lot of times, you can go there on Tuesday for various procedural reasons. Another weird thing that I've seen happen with that example is instead of just taking you right from the Van Nuys jail into the courthouse, which makes sense to most people, including me, they take you downtown to the IRC, which is the Inmate Reception Center. They process you through there and bus you back to Van Nuys for your court appearance. So, sometimes that can be why you don't go to court right away; instead, an extra day or two lags by.

If you post bail on the case, they typically give you a court date within thirty days of your arrest. So, you get released relatively quickly, usually within a few hours of the bail being posted, depending on what's going on with the sheriff or police departments.

Sometimes their computers are down, which can delay somebody being released even after they have hired a bond company to post a bond. They're not going to let you out of custody until you verify if you have any warrants. If their computer system is down, which happens all the time, that can delay the process of checking for contracts and, therefore, wait for you to be released.

Posting Bail on a Criminal Case

The only downfall of posting bail on a case is that it gives the police and prosecutors an additional thirty days to investigate your case and get the chance and paperwork together. If you post bond right away, you get into court within seventy-two hours, which forces the police to have the evidence necessary to hold you.

If the prosecutors don't think they do, they won't file the case a lot of times. They'll reject it. Sometimes they reject it outright. Other times, if they see that the police can do an investigation and possibly get the evidence they need following your arrest in San Fernando Valley, they can reject the case for now but set it a couple of weeks away to give the police enough time to investigate it so they can make the final official determination whether or not they're going to file charges against you in a criminal case.

So, if you get arrested or your family member gets arrested anywhere in the San Fernando Valley, and you are trying to figure out when and where you're going to go to court, how much the bail will be. Your first stop should be a defense attorney for all those essential things.

Not necessarily a bail bondsman. A bail bond agent can get that information, but the attorney will help you all the way around. Sometimes your bond could be set at a certain amount, and your attorney can get the bond lowered, save you money with the bail bondsman, or even get you released on your recognizance, which will cost you nothing.

If you have no job and it's not a violent crime, you have a fighting chance of getting out with your attorney going into court and asking the judge to give you an OR release. Whereas, if you post bail on the case first and deal with the bail bondsman first, even if the attorney can get you an OR release and get your bail reduced, the bond company will keep their money or premium.

That money is lost forever. So, always coordinate first with an attorney once the arrest occurs and see what they say about how fast a person will get into court, what the bail will likely end up being, and what the best strategy is moving forward following an arrest in San Fernando Valley. Call the Hedding Law Firm for help.