Is Dislike for Police Affecting Criminal Defense in Los Angeles?

So, the police are being affected. Criminal defense is being affected.  Where once the prosecutors, both City Attorney and District Attorney, had a very close alliance to the police department and would protect them. Their reports, opinions, and allegiance to the death — the prosecutors have backed off to a large degree. Our Los Angeles criminal attorneys are providing an overview below for more information.

California Penal Code 118.1 PC makes it a crime for a police officer to make a false statement on an arrest report knowingly. Typically, false allegations are only considered criminal conduct if made under a declaration of perjury.

This statute makes it a crime even when the police officer didn't certify it as authentic or sign the report under penalty of perjury. PC 118 is a “wobbler” crime that the prosecutor can file as a misdemeanor or felony offense. Related crimes for PC 118 police filing a false report include:

I can give you one example that happened just recently. I had a California Vehicle Code 23152 DUI case where my client told me the Los Angeles police lied about what happened and made up many false allegations in the police report. So, I sent a discovery letter to the prosecutors the City Attorneys because it was a misdemeanor case:

The response that I received was that they were dismissing the case — that one of the officers had been involved in some misconduct unrelated to the case that I was handling, and they just got rid of the case. They probably should have just gotten rid of the case themselves if they had the information already and not waited until I asked them for the info.

District Attorneys, also, on felony cases, I've seen recently if there's any smell of misconduct or inappropriate behavior by the police, they will disown the police very quickly. The prosecutors are competent. They are lawyers. They don't want to go down with police officers who are not telling the truth—even judges.

I was handling a case where my client had been arrested for possession of a weapon. The police were driving by, saw somebody walking on the street, saw the butt of a gun. When they told him to stop, the person ran away. They got away from the police.  They broadcast the information, and some other police officers grabbed my client, who somewhat fit the description of the individual with the gun.

The judge quickly saw through that. The officer on the witness stand kept referencing his partner because his partner had given a better description than he had. Still, he was closer to the individual who purportedly had the guns.

After the preliminary hearing was over, the judge dismissed the case against my client. But can you imagine being grabbed two miles away by different police officers? You've got no weapon, no criminal record, and suddenly, you're being charged with a felony crime.

That's what's making people so angry that the police think they're judges, prosecutors, and executioners, and they can do whatever they want; however, as you can see now from society, the pendulum is now swinging away from the police being trusted because of all of the different things that are happening in society.

Video evidence has been huge because they can't refute video evidence. There's no way out of it if there's clear video evidence committing misconduct. Whereas before, with no video, they bury everything in the investigation and determine that there's nothing wrong.

You can see that even now, where there is video, they refuse to give the video.  They won't turn it over. The public wants to see it. So, it has become a problem for the police, and I think the pendulum is swinging in favor of defendants, especially in close circumstances.

So, if you or a loved one is charged with a crime, you need somebody like me who's been doing this for almost three decades. You need a Los Angeles criminal defense lawyer who can see when the police are doing evil things and have not been truthful in their police report. 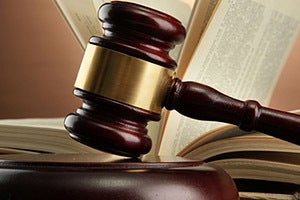 Just seeing it is one thing, but being able to prosecute the case, do a thorough investigation, and then argue is another thing, and very few attorneys can do that. If you or a loved one is in trouble and needs help, you've come to the right place.  Pick up the phone. Make the call. Ask for a meeting with Ron Hedding.  I stand at the ready to help you.