What Are Penalties for Evading Arrest in a Vehicle?

Those individuals charged with felony evading under Vehicle Code Section 2800.2(a) are looking at prison.  Prosecutors and judges are very harsh regarding these types of crimes because of the danger to society.

That includes danger to the person driving, the threat to people on the road – whether it be pedestrians or other people driving, and of course, the threat to the police officers pursuing the vehicle. 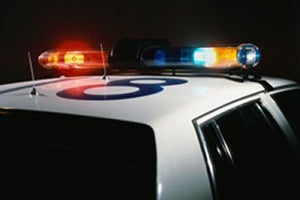 You're typically facing a prison sentence; however, with a good criminal defense attorney, if you can bring forth some mitigating evidence, you might have a chance to avoid prison.

One form of mitigating evidence is that you have no prior criminal record, nobody was injured, there weren't high speeds going on, and the chase did not last that long.  These are the factors that a prosecutor and judge will look at when evading a case.

If someone goes over 100 miles an hour, that person is hazardous to public safety.  Just like if somebody is running through multiple red lights and recklessly driving as the police are pursuing them, that person will not be looked on very favorably either.

But I have had many cases where the chase was very short, there wasn't much dangerous activity – maybe it was in the middle of the night, so there weren't that many people out on the road.

Of course, this is an excellent example for the defense to be able to avoid prison possibly.  Not only that, avoid a felony.

There are misdemeanor evading cases too, where the chase is very short and doesn't rise to the level of a felony where there are multiple traffic violations and the police and prosecutors view the case as extremely dangerous.  Our California criminal defense lawyers will look at this topic further below.

California Vehicle Code 2800.2 VC covers the crime of felony reckless evading. It's described as fleeing police officers in a vehicle while driving with a willful disregard for the safety of others or property. 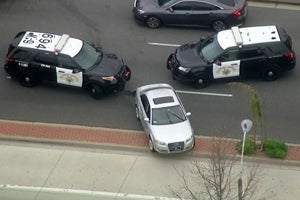 In other words, “felony reckless evading” means you ran from police in your car and drove extremely recklessly while attempting to escape. To drive with a wanton disregard for safety means:

A VC 2800.2 conviction typically results in a driver's license suspension and revocation, and your car could be impounded for up to 30 days. The related crimes include:

California Vehicle Code 2800.1 VC defines the crime of evading a police officer in a vehicle.  It's described as willfully fleeing police when they are pursuing you in a car or bicycle.

This law is typically charged as a misdemeanor and carries up to one year in jail and a fine of up to $1,000. To be convicted of violating VC 2800.1, the prosecution has to prove:

A common defense strategy against evading police charges is to argue that there was no specific intent to avoid them. The prosecutor has the burden to prove all the elements of the crime beyond any reasonable doubt.

So, talking about what you're facing will depend on a couple of things.  One, the facts and circumstances of your case, and two, you as a person, your criminal record, and of course, having a powerful criminal defense attorney by your side makes a huge difference.

I've been defending people for evading cases now for approximately 30 years.  I started working for the district attorney's office in East Los Angeles, then as a superior court judge in Burbank. Finally, I became a criminal defense attorney defending people like you or your loved one in the early 1990s. 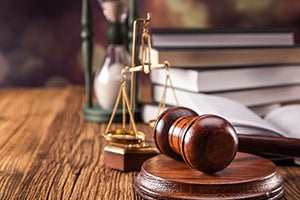 Once you do that, you can begin to design a plan on how to handle the case, try to avoid prison, a felony conviction, and a host of other problems that come with an evading conviction.

So, many times if the police do have the evidence in the evading case and can prove it, what we're looking to do is mitigate the case – get character letters, show the facts and circumstances don't rise to the level of a case where you should be going to prison where there's much dangerous activity.

They're also going to look at the length of the chase.  The longer the chase, the longer the prison sentence.  So, if it's a lengthy chase, you'll have a tough time avoiding prison in that circumstance.

The bottom line is, if you want the best result, you've got to get the best attorney.  You've come to the right place.  Pick up the phone now.  Ask for a meeting with Ron Hedding.  I stand at the ready to help you. The Hedding Law Firm provides a free case consultation by phone, or you can fill out the contact form.