What Charges Will You Face for a Shooting Causing Death?

There are many shootings throughout California, and people are looking for attorneys for those individuals who are involved in the shooting, and there are a lot of different things that can happen if the person is involved in a shooting.

First, they might not be charged with any crime.  If they were defending themselves – somebody breaks into your house in the middle of the night, and they're armed, and you end up shooting the person in supporting yourself and your family – you can certainly protect life. 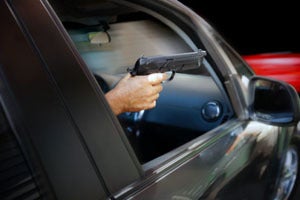 You can't defend property, but you can protect life when someone breaks into your home, for example.  So, there's that extreme – of somebody being able to use self-defense or defense of others to justify a shooting.

California's self-defense laws say you can't be found guilty of a violent crime you committed protecting yourself if your conduct was “reasonable under the circumstances.”

While California is not a stand-your-ground state, it recognizes the “castle doctrine," which applies to your home, business, or other property. It means that if you use deadly force to protect property, there is no legal duty to retreat.

California Penal Code 198.5 PC defines that you can use deadly force within your home as long as you reasonably fear the imminent danger or great bodily injury.

Of course, there are situations of self-defense occurring outside your home. The law also recognizes your legal right to use deadly force in self-defense, called “justifiable homicide.” This legal right is described under California Criminal Jury Instructions 505 and 506.

Then there's the case where somebody is involved in the commission of a crime with a gun, they end up firing the weapon, and now their family is trying to figure out what this person will be charged with.

Once again, it's going to depend on the facts and circumstances.  Suppose somebody is robbing a convenience store, and they're armed with a gun and end up shooting the clerk and killing them.

In that case, that person will be charged with California Penal Code 187 PC murder, and they may even be looking at the death penalty because it's in the commission of a robbery.

Murder is defined under PC 187 as killing another human being with "malice aforethought." However, other circumstances determine whether someone accused of murder will be charged with first-degree or second-degree murder. However, numerous aggravating circumstances could increase a sentence. For example:

So, that's another extreme – using a weapon – firing it – killing someone, and now you're going to be charged with the highest crime known to man.

Then some things happen in the middle.  Gang shootings happen when people are using weapons or shooting out of a vehicle, which is called a drive-by shooting, and they are gang members who are after other gang members when they do it. 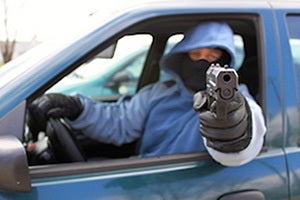 California Penal Code 26100 PC makes it a crime to commit a "drive-by shooting" or a "shooting from a motor vehicle."

It's also a crime to enable this behavior by allowing somebody with a gun to enter your vehicle.

If a bullet hits somebody, they could face an extra 25 years.  They'd be charged with Penal Code 664/187 PC attempted murder if the person did not die; that's 15 to life.

They could be charged with PC 187 murder if somebody dies.  If they planned it, that would be 25 to life, plus whatever other enhancements the prosecutors think are applicable under the circumstances of the case. Some enhancements include:

What Are the Best Legal Defenses?

So, you start to get the idea that when you fire a weapon during the commission of a crime, if you kill somebody or almost kill somebody, you're facing the rest of your life in prison.

These are the most severe cases that go through courts in California – Los Angeles, San Bernardino, Santa Barbara, Riverside, Orange, and Ventura. There are hundreds of instances where shootings are involved, and these prosecutors in these counties file these cases.

If you or a loved one is charged with a case involving a shooting and the person is facing life in prison – maybe they have prior strikes on their record – perhaps they were defending themselves – it depends on the circumstances.

Maybe they're not the ones who committed the shooting, and they're being improperly blamed for it.  You're going to want to get the best criminal defense attorney possible – whether it's fighting the case and trying to win it at a jury trial or whether your attorney is trying to mitigate the circumstances of the shooting and get the best possible result for that individual.

Get the best.  I've been doing this for 30 years.  I worked for the District Attorney's office in East Los Angeles early in my career. Then, I began working for a superior court judge in Burbank, California. 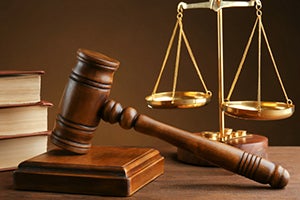 Finally, in the early 1990s, I became a criminal defense attorney defending people just like you or your loved one with shooting-related offenses.  One of my first cases was a murder involving a gun and a shooting, and I'm very familiar with how to deal with these cases.

My track record shows that many cases I've handled involve this type of activity. In my opinion, having done this for a long time, there's a concise list of attorneys that even handle these cases.

I've noticed that many younger attorneys, even older attorneys, who do not feel confident with themselves, will not touch these cases, and if they do handle the cases, they mess them up.

So, if you're going to hire an attorney and you have a loved one that is related to a shooting-related offense, and you want an attorney who is going to give it to you straight and do what's necessary to properly represent the person, pick up the phone now, ask for a meeting with Ron Hedding. The Hedding Law Firm provides a free case review by phone or fill out the contact form.