How to Avoid Prison for First-Degree Residential Burglary?

In California, if you unlawfully enter somebody's home, such as a house, apartment, rented room, or recreational vehicle, steal something or commit a felony, you can face first-degree residential burglary under Penal Code 460 PC. 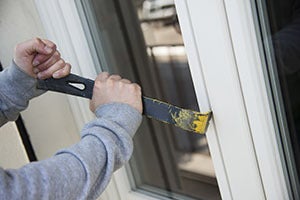 This law makes this type of burglary a first-degree felony offense, while other types of burglaries are second-degree. For example, burglary of a commercial structure is a “wobbler” that can be charged as either a misdemeanor or felony crime.

First-degree residential burglary means unlawfully entering an "inhabited dwelling place," meaning somebody lives there but they don't have to be home at the time of the burglary. In other words, a dwelling place is considered "inhabited" if someone sleeps or stores possessions there.

Under Penal Code 459 PC, burglary is entering any commercial or residential structure or locked vehicle intending to commit grand theft, petty theft, or a felony once inside.

Any intrusion by force to enter a home constitutes entering a residence, even slight force. This also includes using some objects to enter the house. Our California criminal defense lawyers will look closely at the laws below.

What Are the Penalties If Convicted?

The penalties for first-degree residential burglary always depend on the unique circumstances, but they usually include the following:

Further, Penal Code 460 PC residential burglary is considered a strike under California's three strikes law. This is a serious crime, but if someone is home during the burglary, the crime is considered both a severe and violent crime.

Residential burglary is considered a crime involving moral turpitude, meaning it could have harsh collateral consequences for non-U.S. citizens and licensed professionals.

What Are the Related Statutes?

What Are Some Defenses for Residential Burglary?

The way that you do that is to show a factor or factors that are usually present in a state prison burglary case that is not present in your case. 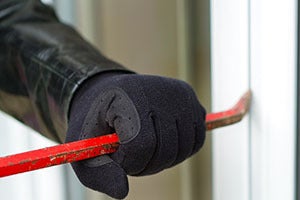 For example, let's say you didn't make it into the house.  That's not usual.  Usually, a burglar gets in the house, takes some property, and gets away with some.

But, if you can show that you never even made it into the house, you just broke the door plain, for example, then you argue that your burglary is outside the norm, and therefore, you shouldn't be sent to prison.

Another argument might be that you didn't get any property.  Let's say that nobody lost anything.  Sometimes people go in with the intent to commit a felony and then do not take any property.

That would certainly be a good argument that you shouldn't get treated as a full-fledged burglar.  Perhaps the dwelling is not considered an inhabited dwelling as it was vacant and for sale. This legal argument is often used to reduce a charge to second-degree burglary, which comes with lesser penalties.

Perhaps there was no physical entry into the dwelling, such as you only opening an unlocked door or window. Another thing they look at in determining whether or not you should go to prison is your criminal record.

If you can show that you're young, have no record, have a job, and your activities were an aberration, you might have a chance to avoid the harsh penalties of a full-fledged burglary.

Exposing Weaknesses in the Prosecutor's Case

Another way you might be able to avoid prison in a burglary case is if the prosecutors have problems proving your case.  In other words, you get a powerful criminal defense attorney like me who's been doing it for 30 years; I point out to the prosecutors that they might not be able to prove a full-fledged burglary. 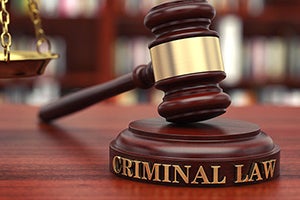 That would undoubtedly be a powerful argument that you shouldn't have to plead to the burglary if they're potentially losing a jury trial.  Maybe you could get another charge, like a 487(c), which is a grand theft person.

It's not a strike.  You will not likely go to prison.  It is a much better charge than a residential burglary. So, you start to think that you will have to take your case out of the ordinary.

Unfortunately, you're not equipped to do it.  That's why you get somebody like me involved.  I will put together a mitigation packet for the prosecutors and set about trying to keep you out of prison.

Pick up the phone now.  Ask for a meeting with Ron Hedding.  I stand at the ready to help you. The Hedding Law Firm provides a free case consultation by phone or use the contact form.