What is the Best Defense Strategy for Watson Murder DUI Cases?

When it comes to DUIs and deaths on the road, the California legislature – and even across the country, but mainly in California, especially in Los Angeles, where there are thousands of DUIs every year, have come up with some of the harshest laws that I've seen.

I would never drink and drive based on what's happening here because you could even be involved in an accident, and it's not your fault. If you were drinking and driving and somebody died in the accident, you stand a chance of being charged with second-degree murder and facing 15 to life in prison.  These Watson murders are no joke. 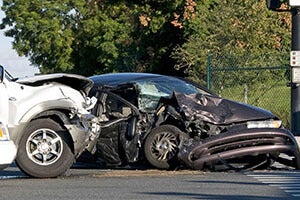 A California DUI murder charge is known as a “Watson murder.” Penal Code 187 PC second-degree murder can be filed if you drive while under the influence of alcohol or drugs and someone is killed due to your conduct.

It's filed when you have at least one California DUI conviction and are warned of the safety risks of driving under the influence or committing another DUI, which causes an accident resulting in the death of another person.

However, it has to be proven that you knew that driving under the influence could cause the death of another individual. If it can be shown, then your conduct would count as “implied malice,” and you will face murder charges.

If you were previously convicted of a DUI, you signed a document known as a Watson advisement. This is the official statement you are aware that driving under the influence could cause injury or death to other people. Let's review this topic more closely below.

Can You Negotiate with the District Attorney's Office?

So, the first idea I would have, having handled these cases for many years now, is to get the best possible criminal defense attorney who is familiar with Watson's murder defense and negotiate these cases because you're going to be dealing with the hierarchy of the DA’s office in Los Angeles and they don't mess around.

Many of these cases, throughout the years that I've been practicing, and I've been doing it for nearly 30 years now, have been filed as vehicular manslaughter cases, which is still a serious felony, but it's not looking at 15 to life.  It's not murder.

The DA's office policy is that if you drink and drive and kill somebody, you will be charged with murder, period.  That's the first thing they do. So, the idea of having the best criminal defense attorney is crucial because a lot of times, you can convince them to reduce it down to some sort of:

Different charges can be used to deal with one of these cases where somebody dies. I've seen a lot of cases where the defendant is very drunk and just doing crazy stuff – driving real fast, threatening people, swerving on the road, and using their car as a weapon. 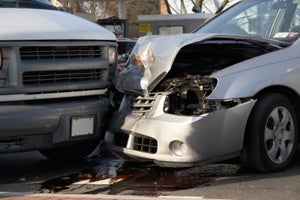 If you do that and you cause a death, you bet your bottom dollar they're going to come at you for murder, and you better get the best defense attorney that money can buy.  So, idea #1 is to ensure you get somebody with experience.

Many criminal defense attorneys, especially DUI defense attorneys, do not have experience dealing with these Watson murder cases.  I see many DUI attorneys in court are weak; the main thing is that they can quickly dispose of most of the misdemeanor DUI cases just by a quick negotiation.

But when it comes to somebody dying on the road, that's way above their pay grade.  You do not want one of those attorneys defending you who have never done a trial and are weak, just passed the bar, whatever the case may be.  You need a heavy hitter to come in and fight for you because if you don't have that, you have a real problem regarding punishment.

Reviewing the Specific Details of the DUI Case

Idea #2 is to look at the conduct.  In other words, if your blood alcohol level was not that high and you weren't driving crazy on the road, those would be good facts to try to avoid a murder conviction.

If, on the other hand, you're going 130 mph, your blood alcohol level is over a .20, you can bet the prosecutors and judges are going to be looking hard in trying to decide what to do with you because, don't forget, they've got to deal with the family of the person that passed away.

They've got to explain to them whatever sentence they dole out, and they must deal with society.  The prosecutors, police, and judges are tasked with protecting the community.

So, that's one of the jobs they have when they punish them for a DUI where somebody dies.  They've got to put out an equal punishment, and many times that 15 to life is what they deem appropriate.  So, idea #2 is to look at the conduct.

What Was the Cause of Death?

Also, look at the cause of the death.  Sometimes in these cases where there are traffic accidents, there could be multiple causes of an end:

If you didn't cause the person's death but were DUI, that doesn't get you to murder charges. That's not even going to get you for a felony.

You have to be the cause of the injury or the death when it comes to a felony DUI or a DUI where they're trying to imply malice, like these Watson murder cases.

Also, .the next idea is don't drink and drive.  Don't decide whether to drink and drive after you start drinking.  The decision should be made after you go out, and that's the idea you have to have when we try to resolve these cases.

That's the mentality of the prosecutors, judges, legislature, and law.  It would help if you decided beforehand not to drink and drive.  You need to realize, I'm going to go to a bar, I'm going out to dinner – whatever the case may be – and I should not drink and drive.

I should have a designated driver or walk.  Who cares?  You don't want to put yourself or anybody else in jeopardy. So, even if you're looking at this, you probably have a DUI case, or your loved one does, and you're facing that brutal Watson murder, you can at least understand why they've set it up the way they have.

Maybe you don't fall into that scenario. Perhaps you never intended to drive.  Maybe there was an emergency.  Whatever the case, the best idea is to get to an attorney and give him all the details. Let the attorney decide what type of angle or approach will take in your case.

If you need the best, you've come to the right place.  I've worked for the district attorney's office.  I've worked for a superior court judge and defended people like you or your loved one for the past 30 years.  Pick up the phone now and ask for a meeting with Ron Hedding. The Hedding Law Firm provides a free case consultation by phone or uses the contact form.