What Are the Best Defenses for Carjacking Charges?

California Penal Code 215 PC defines the felony crime of carjacking as taking a motor vehicle from another person using force or fear. Under this law, using “force or fear” means using actual physical force or making threats to cause harm to the victim.

PC 215 can be filed by the prosecutor when the victim is the driver or passenger, and it's not required that they are the owner of the vehicle. 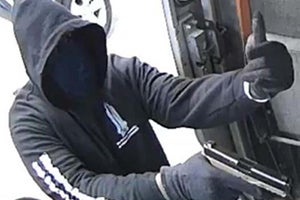 A carjacking conviction carries harsh punishments, including a “strike” under California's three-strike law. Further, the penalties can be enhanced under the following circumstances:

Usually, a defendant will be required to serve at least 85% of their sentence before they are eligible for parole. California Penal Code 215 PC legally defines carjacking as

To convict someone of carjacking, the prosecutor must prove, beyond a reasonable doubt, all the elements of the crime listed under California Criminal Jury Instructions 1650.

PC 215 makes carjacking a felony crime punishable by three, five, or nine years in state prison, probation, and a fine of up to $10,000. Penal Code 209.5 increases the penalties to life imprisonment, with the possibility of parole, when a kidnapping during a carjacking was committed.

How Can You Avoid a Carjacking Conviction? 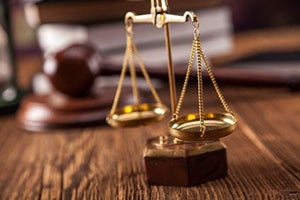 One idea you want to come up with when it comes to a carjacking offense is to try to avoid the conviction for carjacking because it's a strike.  It's a violent felony.  You're typically going to have to go to prison, and you can't get it off your record.  If you're going to live in California, you'll have it on there forever.

My first idea is to figure out how to get some other offense.  For example, Penal Code Section 487 PC is stealing a vehicle or theft.

That's a felony.  It's a wobbler.  It can be reduced to a misdemeanor.  So, that would be a much better charge than having that carjacking conviction on your record.

Also, Vehicle Code Section 10851 is joyriding, taking a vehicle without the owner's permission.  That's not a strike.  That's something that you can get probation for, not have to go to jail or prison.

Can the Prosecution Prove You Committed a Carjacking?

So, the first idea I would have is to try to get a different charge.  Of course, that assumes that you're guilty of the crime.  The next thing is to attack the crime itself by doing what's called a preliminary hearing.

When we sit in my office, we're going to talk about whether or not they can prove that you or your loved one carjacked another person's car or attempted to carjack another person's car.  Another idea or angle you can use is to attack the charge itself and say the prosecutor has not met the elements of a carjacking.

Another way is to go to a jury trial.  If you can be proven not guilty, they don't have the evidence to prove that you carjacked somebody, then you can take care of it by having a jury find you not guilty, and then you don't have to worry about the case anymore.

Can You Negotiate the Case with the Prosecutor?

The final way is, if the prosecutors do have the goods on you and can prove the case against you, then you're going to have to have your attorney negotiate on your behalf:

If there are problems of proof, that's certainly something the prosecutors will consider.

If nobody got hurt, if there was no weapon used, these are all good things to mention by the criminal defense attorney to try to get rid of that carjacking charge and get a different charge as you're negotiating. Plus, you want to look at the person's criminal record:

If somebody has a clean record, they're already off to a good start trying to eliminate that strike you don't want to have on your record.

So, if you or a loved one is charged with carjacking or attempted carjacking, I've got all kinds of ideas depending on your case and who you are as a person.  You've got to come and sit down with me.

Let me put my experience to work for you.  I've been doing this for 30 years.  I worked for the DA's office in 1992.  I worked for a superior court judge in 1993 and 1994; I became a criminal defense attorney and have handled thousands of cases since then.