Domestic violence is generally described as physical or sexual violence against a current or former spouse, cohabitant, boyfriend, girlfriend, someone who has a child with the victim, or any relationship under the domestic violence statute. 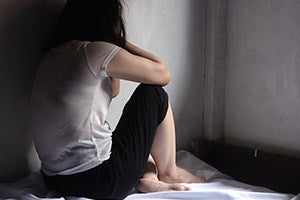 After somebody is arrested for a domestic violence offense, they could be charged by the prosecutors with either a misdemeanor or felony crime (wobbler) based on different factors.

This is a question that comes up a lot because usually when somebody is arrested for domestic violence and taken out of their home, for them to get out, they typically have to post a $50,000.00 bail.

I've also seen it where they've had to post a $20,000.00 bail, but I would say, in general, 90% of the time, if you're arrested for domestic violence, you have to post what I would consider a felony bail.

So, most people think I'm going to be charged with a felony, which, of course, is not true because the ways that prosecutors decide to charge felonies are pretty straightforward.

While there are numerous California domestic violence statutes, the most common charges are Penal Code 243(e)(1), domestic battery, and Penal Code 273.5, corporal injury to a spouse. Domestic battery is always a misdemeanor, but PC 273.5 is a wobbler that can be charged as a felony. Let's take a closer look below.

Did the Victim Sustain a Serious Injury?

First, if there's a severe injury – a broken bone, strangulation – substantive injuries – then yes, the prosecutors will typically charge the person with a felony.

If, on the other hand, there is not a serious injury – there's a slap, a punch – whatever the case may be, but no significant injury and the person has no criminal record, that person is typically going to be charged with a misdemeanor.

Of course, it's still very serious.  The person could be facing up to a year in jail, a 52-week domestic violence class, a 10-year gun ban, and a whole host of other issues that can come upon them if they're charged and convicted of domestic violence or if they work out a deal.

Do You Have a Prior Domestic Violence Conviction?

The other way that I see prosecutors charging felonies is if the person in question has a prior conviction for domestic violence. That second arrest will usually, not always, result in a filing as a felony.

Prosecutors will usually look at both charges, see how serious the situation is, see if it involves the same victim –get a feel for what happened and the dangerousness level of the person they're evaluating in deciding whether to file a felony or a misdemeanor.

Whether you end up with a felony or misdemeanor has a lot to do with the attorney you hire because your attorney can negotiate and put forward mitigating factors and even sometimes fight and win a case.

What Are the Most Common California Domestic Violence Charges?

A misdemeanor is a crime that can be punished by up to one year in jail, but most people are placed on informal probation with no meetings with a probation officer.  In some cases, they might have to serve some jail time as a condition of probation. 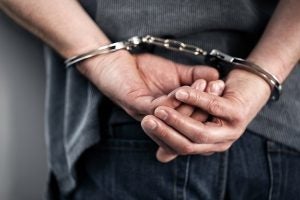 However, anyone convicted of a felony could be sentenced to time in a California state prison. They will also be placed on formal probation for a certain amount of time, where they will have regular monthly meetings with a probation officer.

The judge can impose up to one year in jail as a condition of felony probation.

Penal Code 243(e)(1) domestic battery is California's most common domestic violence offense. It's described as a misdemeanor battery against a cohabitant, spouse, fellow parent, or someone the defendant has dated, but no visible injuries are required.

Penal Code 422 PC criminal threats are defined as threatening another person with serious harm and can be charged as a misdemeanor or a felony. A misdemeanor conviction will carry up to one year in county jail, but a felony criminal threats conviction carries up to 4 years in state prison and a “strike” under the three strikes law.

What Factors Determine the Type of Charges?

As noted, prosecutors use many factors to determine whether to charge the defendant with a misdemeanor or felony. Still, the severity of the victim's injuries is always the crime's central element. 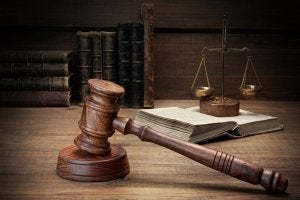 They will also review any prior reported incidents of abuse on the victim or others. Another crucial factor is whether the defendant has any other domestic violence convictions.

If you were accused of any domestic violence offense, call our Los Angeles criminal defense attorneys to review the details and legal options.

So, I've worked for the District Attorney's office.  I've worked for a superior court judge and have been a criminal defense attorney e the early 1990s, defending people like you.