I had a case where I was defending somebody charged with a robbery at a particular store in the San Fernando Valley, and I remember my client giving me kind of their version of events and then comparing that to the police report and just scratching my head and thinking there is something no right about this case.  Something doesn't make sense.  I'm going to get to the bottom of it.

I was in the middle of the Preliminary Hearing against a pretty weak prosecutor who hadn't paid attention to the case, and I was grilling over the shopkeeper about precisely what had happened. I got to the point that was untested in the police report.

I started asking her questions, and the prosecutor wasn't paying any attention.  I stood up, and I could see over the prosecutor's shoulder.  She was playing with her phone as I was tearing this witness up, and basically, she admitted that whenever the alleged property was taken, she wasn't even inside the store.

She had left to go in the back, and when she came back, the person was gone, and she had perceived that the individual had taken specific property. 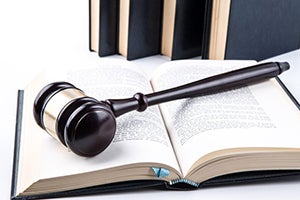 But when the police took the report, they had just assumed that the woman was present when the property was born, and it was much more clear that that particular person — the person they were claiming was my client — was the alleged robber.

As the evidence started to come to light, two things became very apparent.  Number one, this was not a robbery because for a theft to occur, the person has to take the property in question from the person's presence.

It's force or fear being used to take the property, and if the woman was not actually in the shop when the property was born, there was no way the case could be a robbery. So, my client would not be held to answer at the preliminary hearing for theft. California Penal Code 211 defines the crime of robbery. Our Los Angeles criminal defense lawyers will provide a further overview below.

But then, when we took the additional step of showing that the woman wasn't even present when the property was allegedly taken, and the police had screwed up. They had done a horrible job on the report.

They might not even be able to prove any cause whatsoever because for a robbery, you need somebody present when the property is taken or, number two, some force or fear was used during the escape.  So, they didn't have that here.

So, the next question will be, can they still get my client for grand theft because the property was worth over $950.00 since there was no eyewitness to the property taken. Some time had passed between the woman leaving the store and coming back; there was a possibility that somebody else went in the store and took the property.

Weaknesses in the Prosecution's Case

So, it was a great result. It was done through hard work, listening to my client, believing in my client, spotting the weaknesses in the prosecution's case, and capitalizing on an unprepared prosecutor. Hedding Law Firm is based in Los Angeles and provides a free case review by phone or contact form.

Related:
Consequences of a Robbery Conviction in California
Results And Strategies In Robbery Cases