How Long Does It Take to Resolve a Criminal Case in Van Nuys Court?

Misdemeanor Cases and the 90-Day Rule. I've been practicing now in the Van Nuys courthouse for over 25 years, handled hundreds of criminal cases there, and I have a pretty good feel for the time frame of most cases.  Once I sit down with the client and get all the information related to the case, I can usually give you a pretty good idea of how long the case will take to resolve itself.

So, as far as misdemeanors go, if you've got a misdemeanor case there and have an attorney who knows what they're doing, your case will probably be resolved within 30 to 90 days, depending on what type of investigation is necessary to defend the issue properly.

As far as a felony case goes and as far as the timing on that, usually, the courts want to get these cases resolved within six months, in my experience.  Sometimes you can get issues resolved much faster than six months. 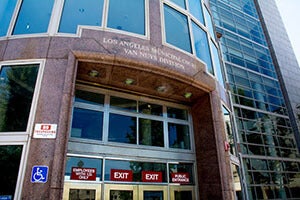 Cases will usually be resolved within two to three months of a felony filing in the Van Nuys Court. But I have seen cases take much longer.  It also depends on how severe the crime is.

The reality is a good criminal defense attorney will figure out how much time they need to investigate the case properly to litigate the case. That's another issue.  If you're trying to negotiate a plea deal, the case will take a much shorter period.

On the flip side, if you're going to fight the case and take it to trial, it's probably going to take a much more extended period to flush out all of the issues, file whatever motions are necessary, do the preliminary hearing in the case and ultimately do the trial in the case.

As you can see, there are a lot of different factors that go into play as far as how quickly you can resolve a Van Nuys court criminal case, but I've given you a pretty good thumbnail sketch as to what you're looking at in terms of realistic time frames.

Once I meet with the client, I could probably give a much more precise assessment of the time frame that a particular person might be looking at when they are assessing how long it will take to resolve their criminal case.

So, if you have a case in the Van Nuys court, I urge you to pick up the phone.  Give me a call.  My office is probably about five minutes from the courthouses, and that's one of the main courthouses that I go to. I have a pretty good feel for how cases are dealt with, the tendencies of the prosecutors and judges, and what it's going to take to be successful in your particular case.

Related:
How Cases Are Being Prosecuted in Van Nuys Criminal Court